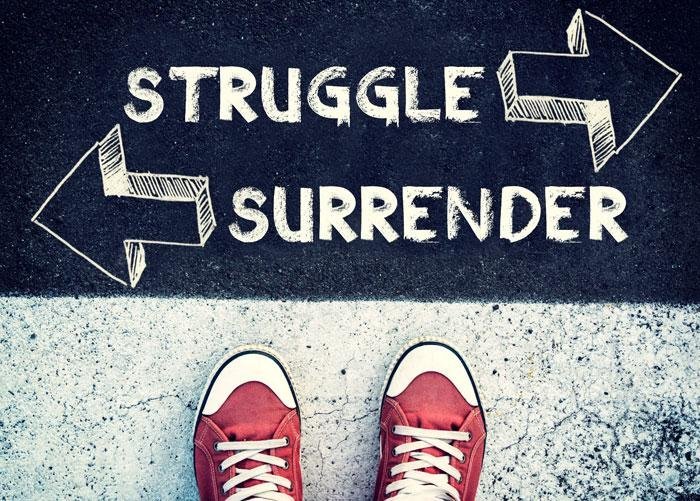 Power is Not the Key To Life: Surrender Is

The rules are simple.  All across all the world in all types of civilization, they can be boiled down to this:

“I ought never to act in except in such a way that I can also will that my maxim (demand) should become Universal Law.” (Kant) In other words, do unto others as you’d have them do unto you or, if what I think should be the rule, was required of me, do I still think it should be the rule?”

This is called Universal Law. You don’t need to teach someone Universal Law, it’s seared on every person’s conscious.

“Don’t do to others what you don’t want to be done to you. Do unto others as you would have them do to you.”

It’s not my job to make you feel guilty or pound the law into your head, you already know it.

We like to slather on peanut butter and jelly when the reality of existence is bread. It’s pretty straightforward. Even if we expand Universal Law to the Ten Commandments which most people would accept as the Basic rules. It’s still pretty dang simply.

If it’s not on that list, I have no right to tell you that what you are doing or not doing is the “correct” way of doing them. Some Christiany people will say that this is “abusing grace,” and that doing whatever you want to do doesn’t work.

No, doing whatever you want to do doesn’t work. You can’t just follow your intuition and gut and expect to get the results you want. Neither can you ignore your feelings. As for the abusing grace bit? I’m not sure how that works.

How can grace be abused?

If we put limits and boundaries on the behavior of others how are we any different than they? What makes us believe we have the upper hand in deciding someone’s life for them.  Is God not big enough? Even if they don’t believe in the same God, is your God big enough to be God? A lot of times, I’d rather be God than letting God be God. I’m so uptight about what I think others should do with their lives, worrying about where they are going and what they are doing and what for?

To avoid dealing with myself.

It’s much easier to “fix” someone else than it is to fix yourself. It’s much easier to focus on what’s wrong in your life than on what’s wrong with my life. What makes this even peachier is if there is a formula I can hold up to your life (or mine); a window through which to frame what we do and who we are. If I have this formula I can say things like, “if I do what is right, I will be blessed,” or “if I don’t sleep around I won’t get STD’s,” or “if I’m a good person, life will not be painful.”

They are all lies and an attempt to bring power back to ourselves – to once again be God. The reality of life is that people who do good – suffer. If you don’t sleep around, you may still get a disease that claims your life. If you love your children, they may still become alcoholics or abusers or users. That’s the way the cookie crumbles.

I used to think that A+B=C. If I followed the law, I would see good results and while that is somewhat true – it doesn’t account for the victims of the Holocaust, the many tortured, those who were sliced in two, drawn and quartered, imprisoned for simply being monks. This is not how the world works. It’s not how God works. Unfortunately, I see more of this behavior with people that claim to know God than I do with people that are ambiguous about God. If I make up a world in my head where everything functions like an equation – what do I do when the equation stops working?

If only it were so simple. If only.

Yes, we do good, we choose what is right. We let go of the rest because to hold onto those wisps of magic formula destroy us. They destroy us by giving us the illusion that we are in control, when in fact, we are powerless.

We use these rules to put people into boxes and line them up like ducks. We use them to abuse ourselves. Where is the need for Grace in that? Where is any need for a Higher Power that grants pardon and doesn’t hold our mistakes against us? It eliminates the need for any, and really that’s what we want – to be in control.

Life is a wild wind, it’s a hurricane
It’s painful
For everyone

If someone tells you they are not in pain or that you can avoid pain by following a secret formula. They are lying.  Here’s what works.

Surrendering to the fact that life is what it is. That people die, bad things happen to good people, that there are no guarantees that if you save today tomorrow there will be security or that if you do what is right you will be spared.  These are false realities. By surrendering to life as it is by admitting that I am powerless over most of this universe, I ironically gain power. The energy I spent trying to organize life into a box I can spend doing what does matter:

I do not have to prove this, sooner or later, life teaches it to all of us. 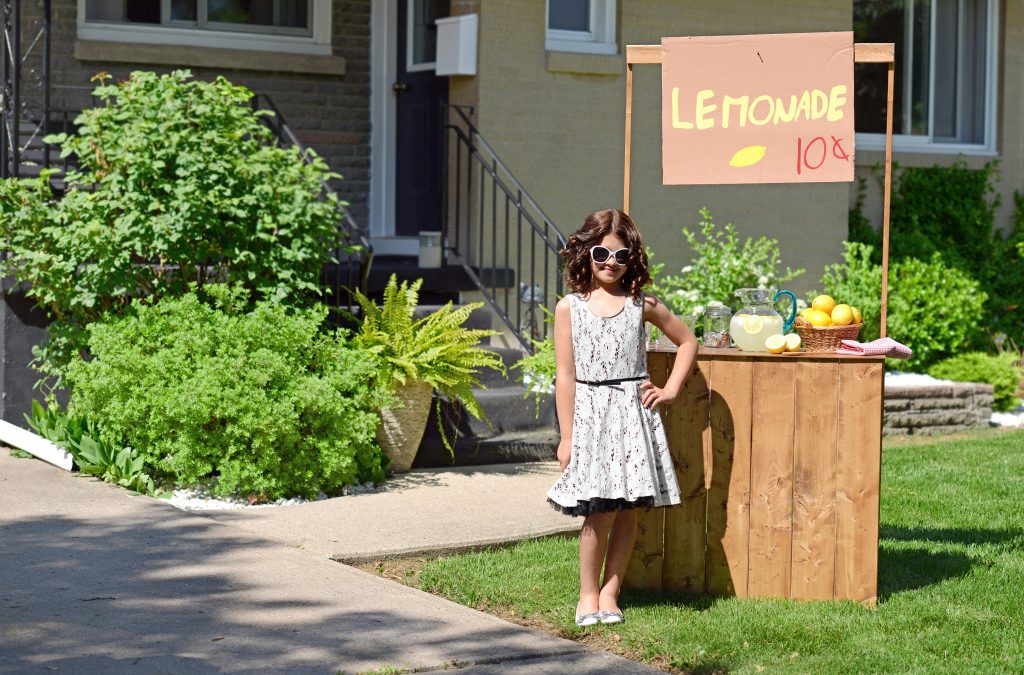 It’s not rocket science, you know. We like to make it rocket science. But really, everything you need to know about marketing, running a profitable business and living a great life an eight year old can do.

We just forget how to do it. And then we have to learn it all over again.

We like to make things too complicated. Should I do this, should I do that? We get all caught up in the 9000 ideas we have in our heads instead of just doing what’s in front of us to do.

It’s Being, Not Doing.

Someone asked me, “how do you get so much engagement on your Facebook feed or other posts?”

My answer is, “I write whatever comes to my mind.” Actually, I’m not that great at it. I’m working on getting better. The best writing (and thus marketing) is a endless stream of raw thoughts that people can connect to, because they are thinking the same thing but they haven’t yet found the courage to say them out loud. A writer just writes them. They write the sh#t we’re all thinking.

I used to be very afraid of what people thought of me. I lived inside of a prison that I put myself in. Inside that prison, I wrote all the shoulds and shouldn’ts of my life on the walls. I carved them over and over and over again until they were like etchings in the concrete walls. It was exhausting. For decades I did that and then, one day, I just became so tired that I couldn’t even lift up my hand to write anymore.

In Hebrew, the language is not like English. It’s very dynamic. Every word in Hebrew is underlaid with action. You don’t just lay down, you ARE lying down (picture stretching out your body, lengthening it on the couch). You don’t take the trash out, you are taking it out. It’s an interesting language, funny that it’s one of the most ancient being that it’s about Being instead of Doing.

That’s the key, you know; the key to gaining an audience, to making work that matters, to living a life that touches people.

The key is: Being not Doing

Kids do it all the time. They’re great marketers. They make up some Koolaid, take it to the curb and ask every single person who passes if they want some. They don’t think about how they should present the Koolaid. They just ask. They put the packet in the pitcher, stir in some sugar, get some cups, set up a table and sell.

They market organically without thinking – by being themselves. That’s how they make $10.23 in an hour on a blustery Tuesday. By thinking, “who wouldn’t want this Koolaid – it’s awesome. I’m awesome. I want to buy a pack of gum and a Snickers so I’ll offer this Koolaid I made to the world.”

And really, that’s all the more complicated it is. 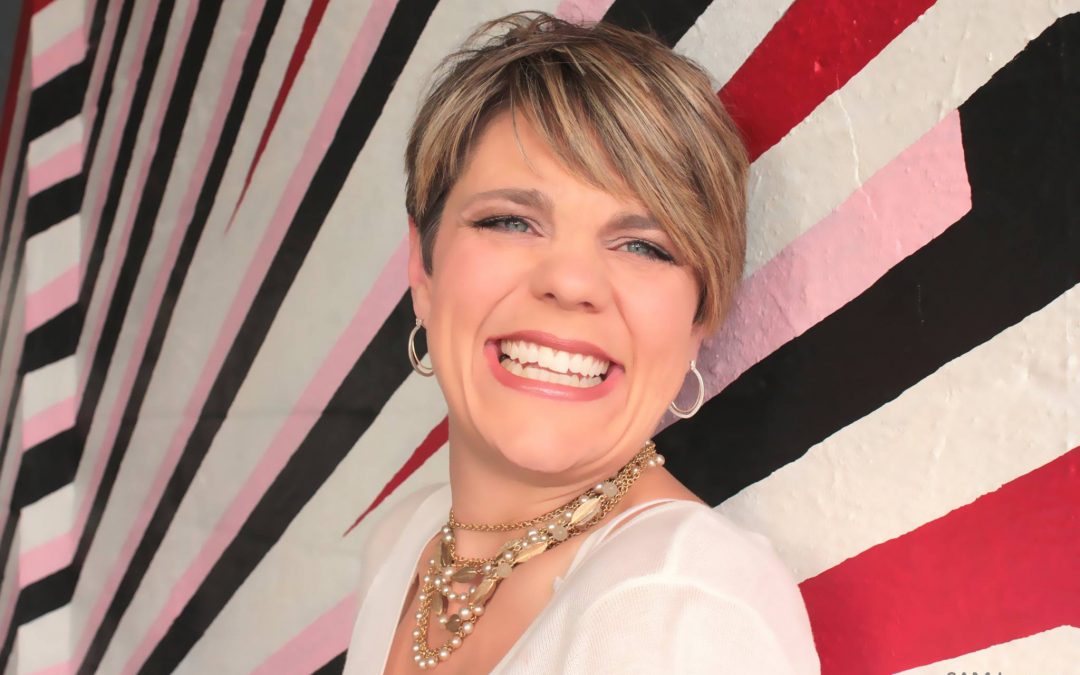 Coming Out of the Closet – Dealing with Disappointment

I sit in my closet. Don’t laugh.  It’s where I sit every morning, legs outstretched in front of me, heels on the bottom drawer of my dresser and my back against the wall.

My closet is where I think.

This morning, I was thinking about the what transpired over the course of this past week.  Processing. Where did I go wrong; where was I wronged? How can I move forward, how should I move forward?  Is there anything I need to resolve? What is mine; what is not?

If you aren’t in the know, this last week blew up into what was a very public coming out of information related to a coach I had hired; a coach I trusted, one who, in some ways trusted me.  Trust was broken.  I didn’t like the way I was being treated, I found information I never thought I would.  I asked a question and up rose hurt hidden in the hearts of others.  The tribes raged and feelings whipped about in a fury that bruised everyone involved.

Five days later the storm has subsided and we are left to clear the wreakage.  To sort through the rubble to find our own pieces – to pick them up, learn what we might and carry on.

It’s tempting, when hurt happens to, “grab some chocolate chip cookies, a puppy and hide out in our forts away from the world.” I laughed when I read this comment made by a friend, because indeed, I did spend time in my closet with my blankie on my head and if I’d had cookies and a dog I would have taken them with me.

Life is a big sloppy mess.  Mistakes are a part of life, whether someone slights you or you slight someone else doesn’t matter – we are all human, we all screw up. Out of our errors and the those thrust upon us,  we are faced with a choice. Allow and accept reality as it is today, or fight against it.  Life is as Glennon of Momastery says, “brutiful.” It’s as brutal as it is beautiful; as beautiful as it is brutal.

Anticipating the struggle is what makes the brutality beautiful.

It’s by acknowledging the pain of learning; knowing it’s a normal part of every journey, it’s by realizing we hurt others and we will be hurt that we can grow and become wise. Holding on to the reality of imperfection helps us to crawl out of our closet and take the blanket off our heads.  Accepting we will never reach perfection on this plane of existence eliminates the need to live in regret.

So, we sort through the aftermath, recognize our parts, clean them up as best we can and move forward.  We move forward having learned that when you’re riding your bike, turning the wheel so sharply or riding so close to the curb causes a crash.  We anticipate the fact that we will indeed crash again and that sometimes, we’re taken down and sometimes we take someone down with us.

As for me, it’s time to get out of my closet and back on the horse.  I’ve processed what happened, determined my part; left hers to her. Sitting here any longer nursing reality means wasting the chance to turn scars into gifts that can serve.