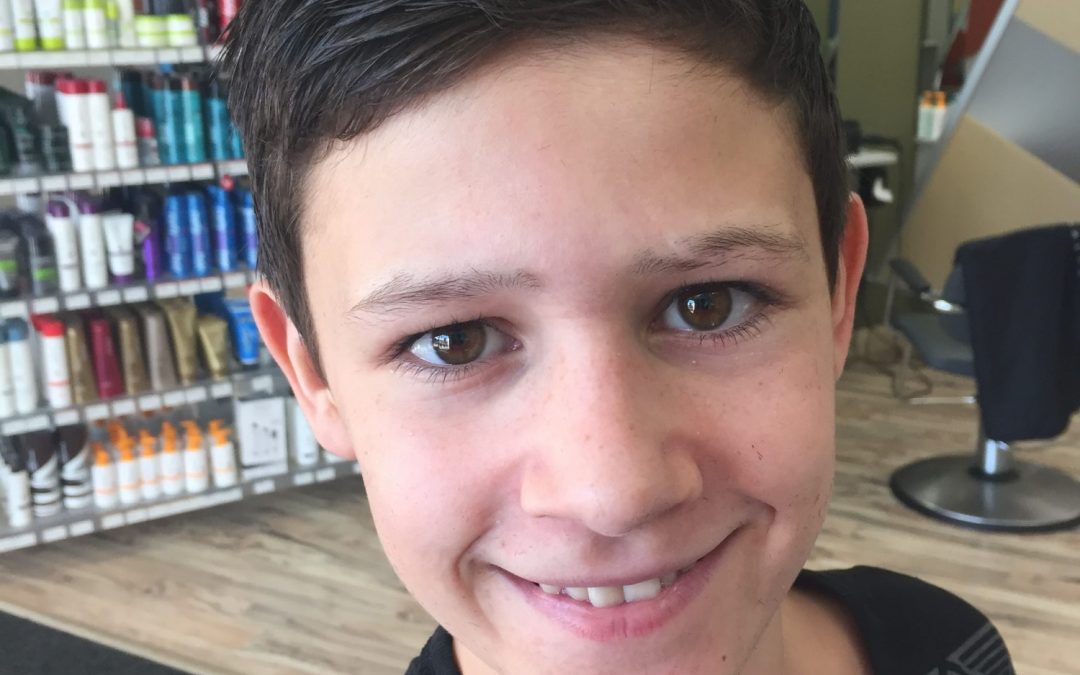 How To Save The Gifted Kids We’re Losing To Suicide

That day, at approximately 4:45 pm decision was made that affected:

That decision was made by a 13-year-old boy. MY thirteen-year-old son:

The theory of 6 degrees of separation states “ at any time one person is only 6 people away from being connected to any other human…on this planet.  Six Degrees of Separation means that YOU are linked by a string of 7 or fewer acquaintances to Beyonce, Gandhi, — the Queen of England.

It also means that Heath Ledger, Robin Williams, and the Las Vegas shooter are only six degrees of separation away from you and that they, like you, are linked to the decision my son made less than two years ago on a fall night, 25 days from today.

Jamison was an extraordinary child. From the moment his spirit touched the earth and he drew his first breath until he breathed his last he penetrated every moment with exuberance. Knowing Jamison was like touching fire. His love, joy and infectious laughter surrounded him as did his never-ending inquisitive questions and comments.

“Did you know cat-lovers make better partners because they are more emotionally connected?” as he sharpened his fingernails into a point.

“Mom, did you know that you should not travel closer than 10 feet to another moving vehicle?” as he read the driving manual for fun sitting in his car booster chair at five.

“No, I can’t cut my toenail, I’m working on a way to turn off my light from my bed.

Always pushing the limits, Jamison did everything at 150% and 200mph. He did first and thought about it later. His love to challenge pressed him to explore and experiment and his agility lent him the ability to press far ahead of his peers in many ways.

When he arrived at kindergarten I was told he was “different.” I didn’t know that adding numbers on license plates or reading from the car manuals was unusual. Nor was I aware a spiritual breakdown at the age 7 was out of the ordinary.

I didn’t know. No one ever really does.

My life has been marked by suicide:

Is this unfortunate? Fortunate? The answer is both. The remaining question is who else will have to die for us to change? Will it be your daughter, your son, your nephew, your sister?

Shortly after the time, Jamison entered school, he was diagnosed with ADHD. So, I was told I had a gifted child with a 98% chance of disability.

This is what they call “Twice Exceptional,” – a talented child with a disability and these “2E” children turn into adults.  In Alcoholics Anonymous and Narcotics Anonymous, this is called being a

The state and district in which we lived, did the best they could but lacked the funding needed to meet Jamison where he was at.  What do you do with a child who can’t sit still but can ask you questions about the justice of life at seven and then argue intelligently with you about your answers?

What do we do with these creative, brilliant children who don’t fit anywhere?

At the last band concert, I attended for Jamison. I picked him out of the crowd in black pants that were too small, no socks and a ragged shirt. Instead of hanging around with the other students after the concert he put away every chair neatly stacking them on the rack.

I will not forget the day I ran out of gas two weeks before his death when he carried 3 gallons of gas for about ½ mile for me – while students at the high school across the way at in HS field taunted him. I got angry.

Sensitive children turn into adults with chemical dependency issues. We shun these people. Why do we think we are so different from one another?

What makes you or I think that WE are the definition of normal?

As it turns out, there are a set of characteristics these “gifted” children and individuals generally display.

There IS a difference between being bright and being gifted:

These kids express what is called OVER EXCITABILITIES — inborn intensities including a heightened ability to respond to stimuli.  Essentially, these individuals experience life in 3d in a 2d world. Everything is important, everything.

They are labeled as:

At about 5 pm on Nov 1st, having viewed a YouTube video a levitation and texted a “girl” friend in his room. My son took a tether ball on a chain, that I had asked him to get rid of many times…wrapped it around the clothing bar in his closet stood on a plastic dresser two feet away from the living room where his family was watching a movie and gave into despair.

Not belonging I imagine. Being different. Why?  Because he was different and yet, he was the same as every single one of us.  Given to impulsivity, in those moments as the dresser broke beneath his feet and he struggled, I imagine he changed his mind — but for my little boy, it was too late.

The guilt people feel when someone they love takes their life is unimaginable. The decisions they make carry on. Ripples. Grief brings with it inexpressible pain. Anger at the bullying, anger at God for allowing him to be different, anger at me for not knowing.

Jamison was in counseling during this time. He was attending weekly sessions with a licensed therapist. He was meeting with his school counselor. He was asked repeatedly if he was ok.

Why didn’t anyone know?

When he came to school on Halloween wearing a t-shirt he made bearing the words, “Life Hands You Lemons,” – handing out lemons — how do you know the next day he is going to stop living life altogether?

I don’t know the answer.

In the time since Jamison’s death, I’ve read mounds of information on mental illness, on bullying, on giftedness, on sensitivity.

Here is what I do know:

We ignore the questions.

Because like loaded sponges dripping from the weight of pulling in every bit of stimulus around, these people make us work:

These are the world-changers and we’re losing them…WHY?  There are many, many reasons, I can’t claim to know. But what I do know I give to you.  We are losing these students and people because:

We lose them because we TELL them to live in community but model independence and isolation. We exchange and celebrate personal achievement over the health of the whole. Just look at the division in our country today.

We tell them in 4th grade, “It’s time to grow up. “Work out your problems with your peers. Stop tattling.” We turn them away, then wonder we why they won’t, 24 months later they don’t or won’t share their deepest emotional hurts and embarrassments with us.

Our model is broken.

If I could change the entire structure of the educational system in America, I would. If it were worth the battle to start legislation if I thought laws would change these facts. I would dedicate the rest of my life to doing so.  The reality is that legislation and administration can only do so much.

The basis of being for every single human reading this is this: we want to know and be known, we want acceptance, we want to belong.

These are taught through action, through modeling, through asking, through being involved. They are learned by seeing that adults care more about being present and knowing the child, by stressing their strengths and accepting their weaknesses, than making sure they line up and fit in a box.  They are relayed by caring MORE about the person; the individual inside the body RATHER THAN forcing the body and mind to conform to something we can understand…into something we can manage, and ultimately control.

It’s not just needed by our young people, it’s what we as Americans need to do to continue existing. If we don’t change. If we don’t stop looking for the right answer and accept people as they are despite their differences. If we don’t allow and promote people’s strengths. If we don’t STOP reach out a hand we will all lose – and sooner than we might imagine.

Nov 3rd, 9:51pm
I wish…
I would have written down
Every funny thing you said
Closed them in a book
Wrapped it in red thread
Bound you to my heart
Shut my ears to the noise
Paid attention instead

It’s not just the right thing to do, it can be our only response:

Beauty from Ashes; Death to Life 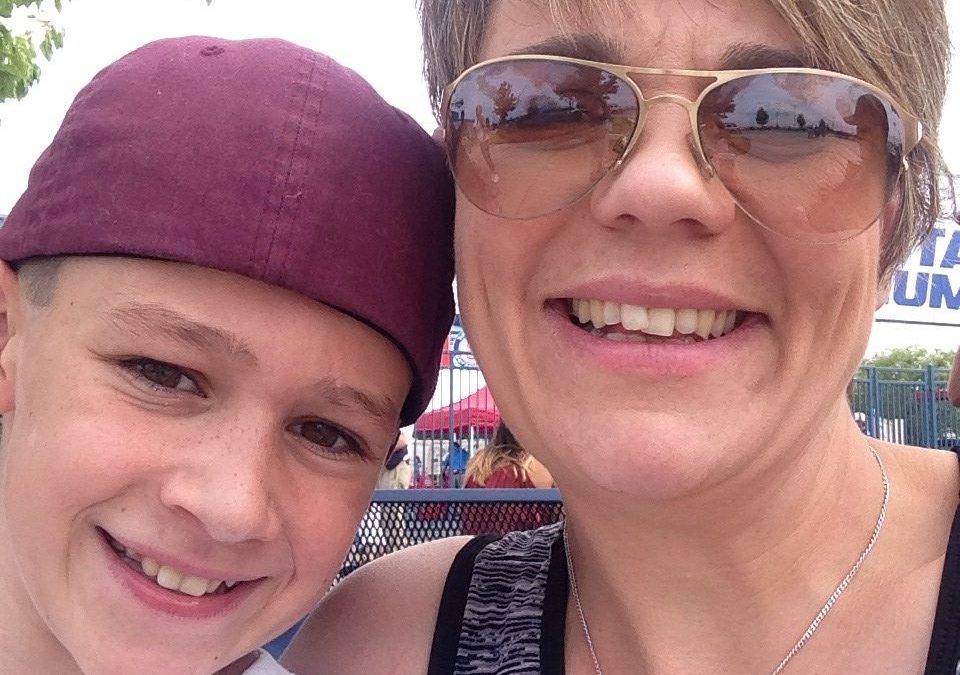 Giving Death To A Child

Why is there no term such as “giving death to a child,” for it is the same sentiment? It involves the labor, the fight, the surrender, the same pain as giving birth, only in reverse. Life comes into this world in agony, it leaves with the same.

How can we say human life in the interim is not worth all that we give it? To live with fullness? To infuse every day with joy? 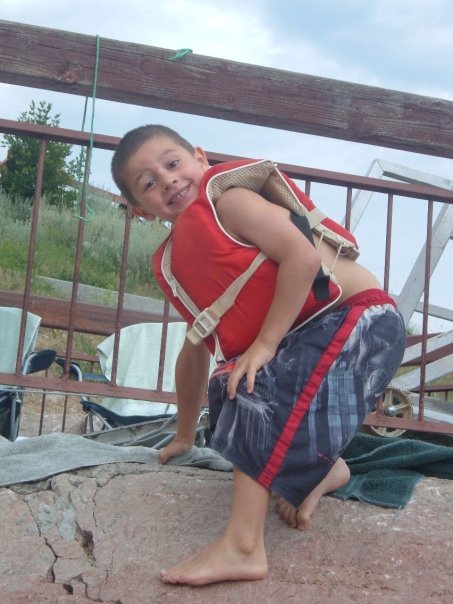 There’s a dead spot in my heart.

It’s like a dull wooden spot that has calcified. Like, The Chronicles of Narnia when the witch freezes over the characters and they turn to stone. My heart is hardened over, blue – but I’m still very much alive.

I am dead within being alive.